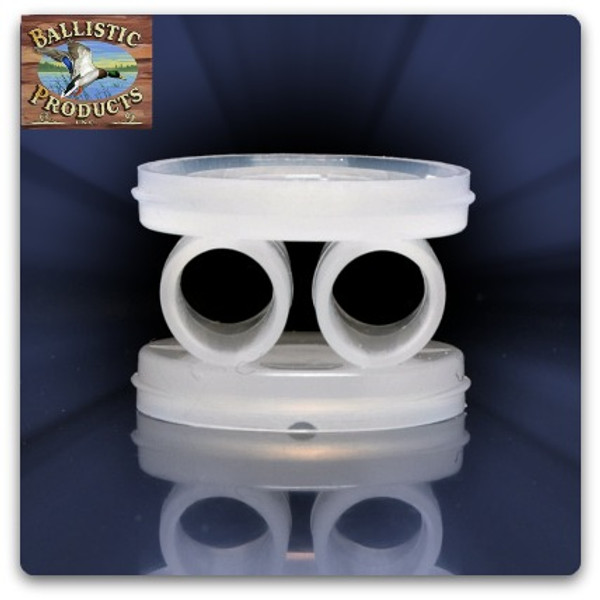 The Flex-Seal is a symmetrical flathead seal with double retention rings. In its essence, this is a shortened version of the Original Brush Wad, a double-ended gas seal with an impact reduction cage. It does not have any molded spreader device and does not introduce any pattern-influence on the shot payload or the shotguns choke. Your gun will throw the natural pattern as per the given choke.
Technical: The FS12 can be loaded with an X-stream spreader insert for a forced spreading pattern. It can also act as a taller cushioned gas seal when loaded underneath other components. Excellent for slugs and buckshot.